Get the latest updates, news and product offers via email.
Use the code CASELOVE and get 10% Off your fist order! 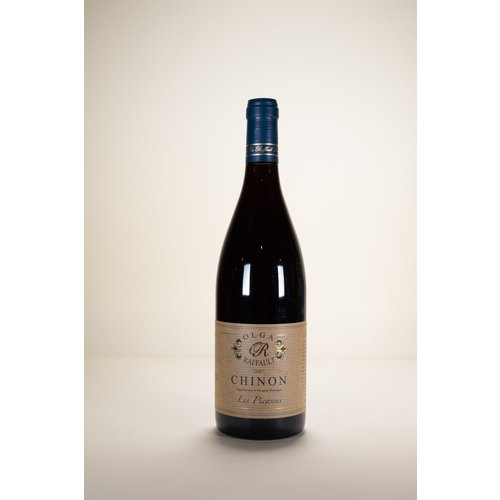 Olga is an absolute legend. We've enjoyed her Cabernet Franc vintage after vintage for many years, and have searched out bottles from all the way back to 1970. The 2007 is drinking exceptionally well right now. Read more

TERROIR: Les Picasses is the most famous lieu-dit in Chinon, close to the village of Beaumont-En-Véron on the north bank of the Vienne River. It is a slope with full southern exposure and chalky clay-limestone soils.

WINEMAKING: Destemmed, 30 day maceration, fermented in stainless steel. Aged a minimum of two years in 30 to 50hl foudres then bottle aged until deemed ready for release (often a minimum of four years). Three grams of S02 are added per hectoliter on the harvest and with an addition of one to three grams at bottling.

The Raffault family owns a considerable amount of the lieu dit, around 50% of its 20+ hectares. While other producers bottle as Les Picasses, the Raffault's is viewed of the benchmark expression of this famous terroir. A big reason of that is the family's patience in releasing the wines when they deem them ready to drink: on average six to seven years after it was harvested.